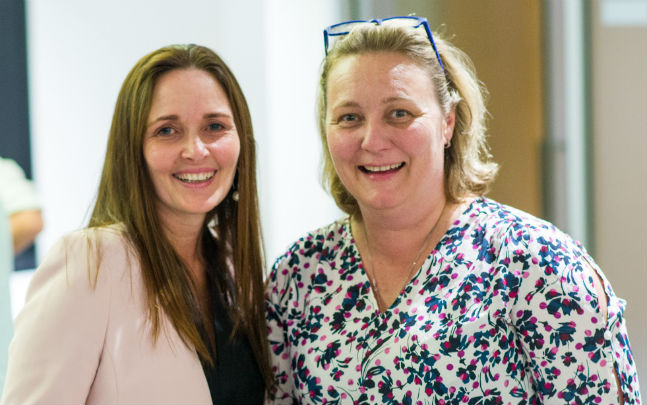 SOME of Queensland’s most remote and regional local government bodies are leading the way in reducing contract blowout by being among the first to use a new platform developed by local Samford resident Megan Avard, who has experienced these problems firsthand.

Megan is the Founder and CEO of SurePact, a software for  local governments and corporations that helps to identify key project and contract risks at the beginning of a delivery so they can be mitigated against and budgeted for.

The company, which celebrated its first year this week in Brisbane, has already been named as this year’s Lendlease B2B Startup of the Year; signed a National Strategic Partnership with CouncilWise and is the only early stage startup to receive Tier One funding from the QLD Ignite Ideas Grant Fund two years in a row.

Within the company’s first year, Megan has already partnered with 10 per cent of Queensland’s local government, many of whom are in remote parts of the state.

Megan said “Using the SurePact solution reduces the risk of unexpected cost and time blowouts by tracking compounding risks throughout the delivery stages.”

Sarah Wrigglesworth, Palm Island Aboriginal Shire Council Director of Works and Facilities, oversees a team of 100, with 90 per cent of the council project expenditure sitting under her portfolio. In charge of all key infrastructure projects, Sarah said SurePact gives her better oversight over all projects and funding, while helping to identify potential risks when it comes to their workforce and suppliers.

“The SurePact software for local governments has been developed by someone who knows what they are talking about and what we need. Megan has listened to us and worked with us to deliver an outcome that works for us,” said Sarah.

Supporting Megan at the launch of her company as Keynote Speaker is another Samford local, now a globally recognised entrepreneur, Leanne Kemp, Founder & CEO of Everledger. Leanne is pushing boundaries with Everledger, addressing real-world challenges through driving transparency and trust along global supply chains using emerging technology in Diamonds.

Leanne’s entrepreneurial success has led to her appointment as the New Queensland Chief Entrepreneur, a role to further develop the startup ecosystem, attract investment and support job creation throughout the state of Queensland. She is the first female entrepreneur to hold this position.

Megan said she is overwhelmed by Leanne’s support to attend her company launch. “Leanne is an amazing woman who, in just over 3 years has been appointed as a member of the World Economic Forum’s Global Blockchain Business Council; a Co-Chair for the World Trade Board’s Sustainable Trade Action Group; is on the IBM Blockchain Platform Board of Advisors and won significant recognition on the global technology stage.”

“Leanne has won multiple awards including Innovator of the Year 2018 at the Women in IT Awards (London) and the Advance Global Australian Awards 2018 for Technology Innovation.”

Along with Leanne and Sarah at the official launch of SurePact on November 26 in Brisbane, was Bevan Slattery, a Global Entrepreneurial Success story who will be the opening speaker at the SurePact Launch.

Bevan is recognised as one of Australia’s leading technology entrepreneurs having founded some of Australia’s most successful technology companies including PIPE Networks, Australia’s largest data centre operator NEXTDC, Megaport and Superloop. Bevan has listed a record five (5) companies on the Australian Stock Exchange, received many industry and recently been inducted into the Commsday Australian Internet Hall Of Fame.

Megan said “the launch night was an Oscar’s of amazing people in technology who have founded QLD company’s now on a global stage”.